Four are prosthetics – each serving a unique purpose – replacing the right leg the retired U.S. Marine captain lost to a landmine in the Middle East.

The fifth, he teases, is the left leg he’s had all his life. 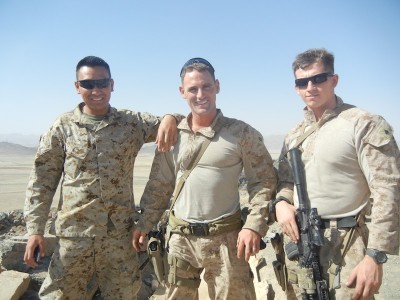 The quip illustrates the accomplished athlete’s positive thinking that piloted his rapid recovery after he lost his leg. Within three months, Eric was walking between parallel bars. A short time later he was back on a bicycle. And swimming. Then, the football and baseball standout from Belle Vernon (Pa.) Area High School and the U.S. Naval Academy decided to embark on one of the toughest organized physical challenges known to man.

“I quickly realized that there is a life after a traumatic injury, after an amputation,” said the Marine with the battlefield nickname “Captain Mack.”

Eric deployed to Afghanistan’s violent Helmand province in August 2011. His mission ended when an IED blast knocked Eric on his back. The bomb claimed his right leg below the knee, damaged tissue on his left leg, shot shrapnel into his arm and caused a jarring concussion.

At home in San Diego, Rachel McElvenny struggled to keep calm while awaiting her husband’s return to the U.S. and news on his condition. Their daughter Lupe, then 5, reacted differently – with joy and excitement.

The military sent Eric to Naval Medical Center San Diego for treatment. His parents arrived quickly from Pittsburgh, and were always near him thanks to accommodations at the Fisher House next door.

“When you’re in that situation, you don’t think, ‘Oh, where are we going to stay? How are we going to get there? Should we rent a car?’ That’s not your mindset,” said Eric’s mother, Susan McElvenny. “You’re just, ‘Get me to the hospital – period.’” 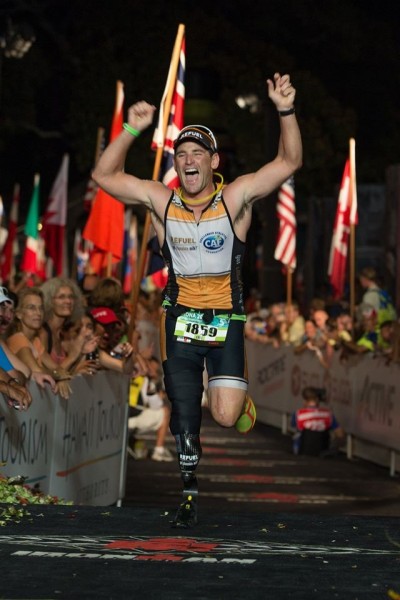 Eric says his parents put him at ease. “Every morning I looked forward to my dad coming up with coffee,” he said. “I think what the Fisher House helped provide was a constant presence.”

The McElvennys celebrated Christmas 2011 at the Fisher House with a visit from Santa, Lupe riding a new scooter, and Eric venturing outside his fourth floor hospital room for the first time.

“Fisher House did a service for us that we really, really needed but didn’t even know we needed at the time,” said Susan.

No one tells a Fisher House story better than our guests. We love hearing from Fisher House families, and are especially happy to hear when guests have overcome the illness or injury that brought them to Fisher House. 25 years ago, Air Force officer Willard…

It's almost playoff time for the NFL and we're gearing up for the 2022 Super Bowl! Who is your favorite NFL team?

Many of you started off your year with your first snowfall of the season. We want to see your winter wonderland photos. Drop them below for a chance to be featured in our Spring Patriot.

What are the requirements to stay at a Fisher House? How do I reserve a room? Fisher Houses are given to the military services and Department of Veterans Affairs as a gift, and the commander or director of each medical center where the houses are located… 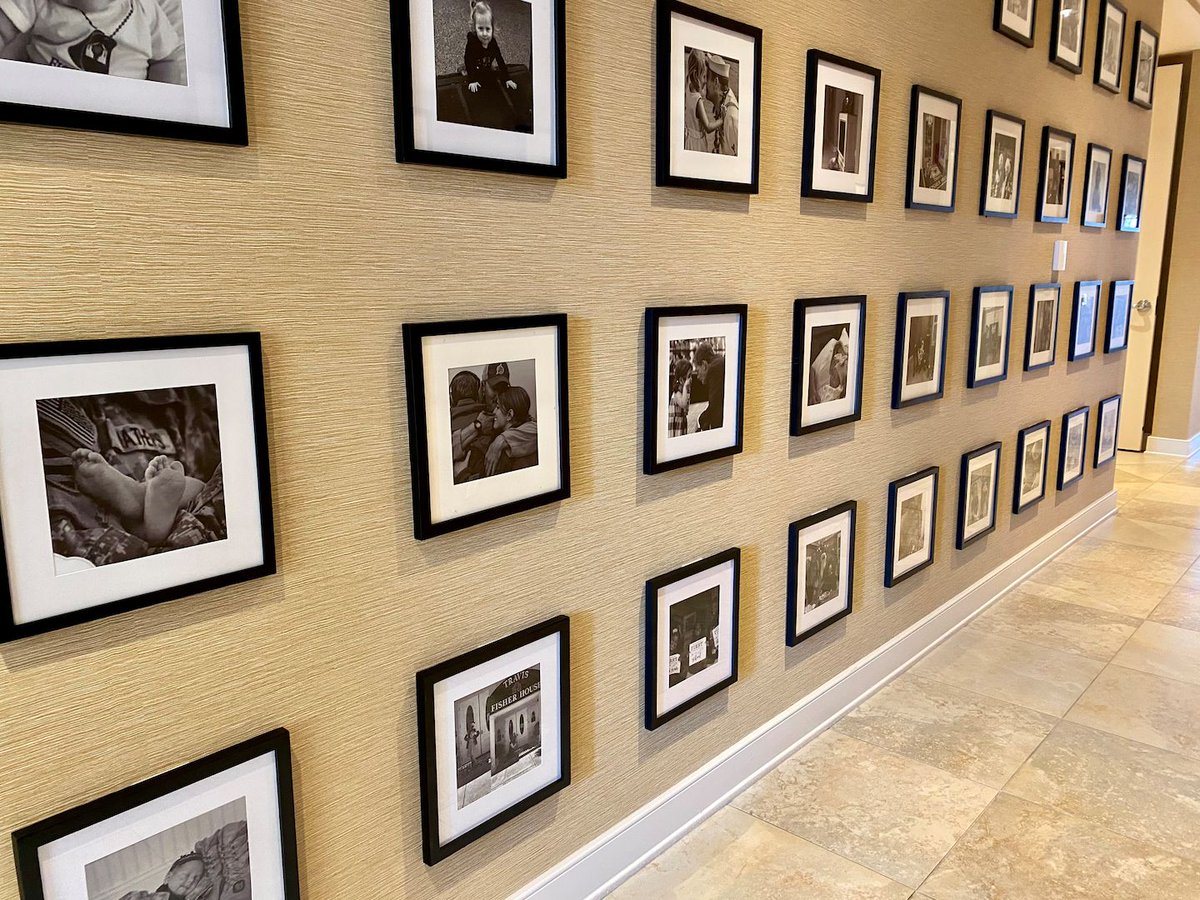 Our focus never changes. Our mission is always to service members, veterans, and the ones who support them. #FisherHouse https://t.co/JN79IXuEwx

It’s almost the weekend. Using only a GIF, share how you feel about the upcoming weekend.

Are you receiving The Patriot, the official Fisher House magazine? Visit https://t.co/46aqakdePl to have your copy mailed to your door. The next issue comes out this Spring! #FisherHouse #Patriot #Magazine 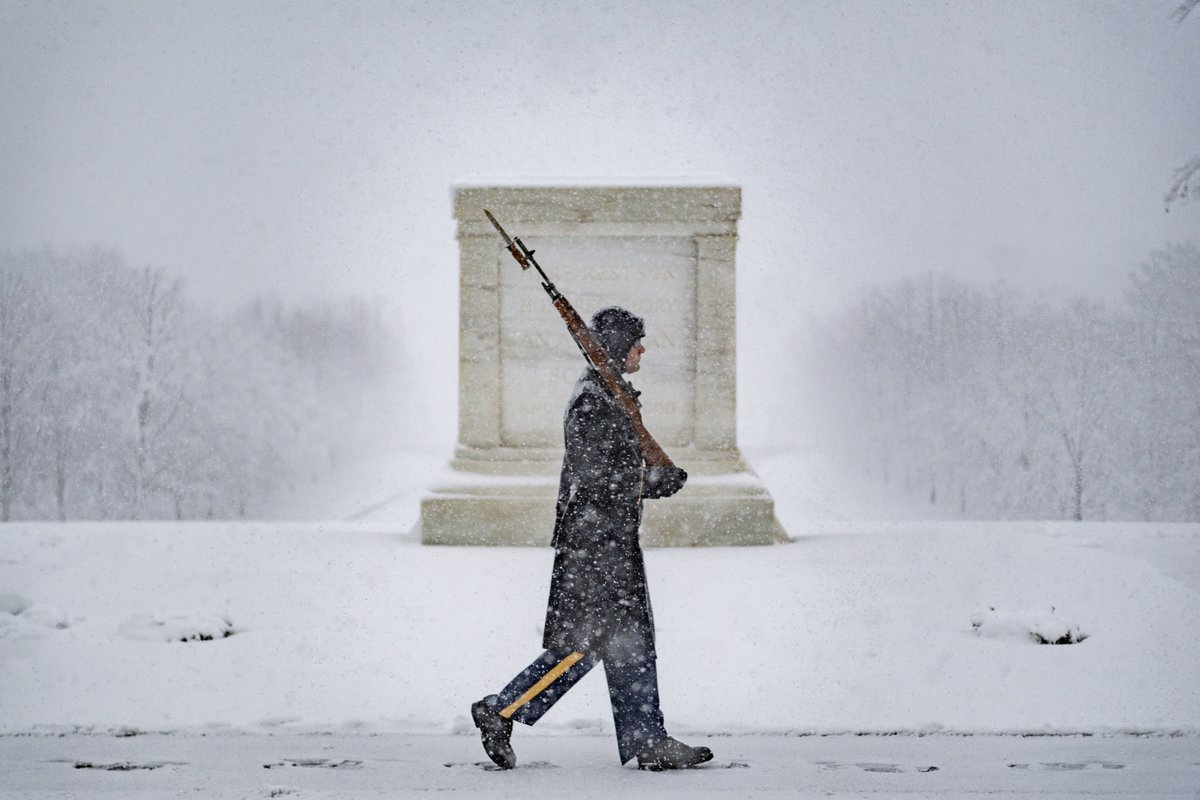 The first snow of the season blanketed the National Capital Region & turned @ArlingtonNatl into a winter wonderland. A soldier assigned to the @3rdInfantry, known as “The Old Guard,” walks the mat during a snowstorm at the Tomb of the Unknown Soldier. 📸…

We stick to our mission of supporting service members, veterans, and their families. We do this through our network for 92 Fisher Houses across the county and overseas, but our programs go beyond our doors. Find out more at fisherhouse.org. #FisherHouse…

The @DeptVetAffairs has great resources on how to help keep yourself and your loved ones safe. #VeteranSafety https://t.co/OHBEbqGUQP

Do you journal? At Fisher House each suite comes with a journal. Guests fill the pages with words of encouragement, advice, or their own personal story that brought them to Fisher House, telling their story through journaling. You can tell your story the…

Fisher House is “a home away from home” for families of patients receiving medical care at major military and VA medical centers. Click below for a full list of open Fisher House locations. #LoveIsGoodMedicine #FisherHouse

The last thing a family needs to worry about is where they will stay when their service member is injured. Through donated hotel reward points, our Hotels for Heroes Program provides hotel rooms to families of wounded, injured, & ill military service members…

Military families don't have to worry where they are going to stay because of the Hotels for Heroes program. #HotelsForHeroes #FisherHouse

Our mission goes beyond the doors of a Fisher House. We recognize the contributions of military families to the readiness of the fighting force. That is why we and Defense Commissary Agency created the Scholarships for Military Children Program. We are now…

Do you know a service member who embodies courage and self-sacrifice? Nominate them today for @MilitaryTimes Service Member of the Year. https://t.co/3fIqftYi56

Motivator Monday – Last Monday's intense winter storm left much of the mid-Atlantic snowed in. Gachet, a truck driver & Marine Corps Reservist from Virginia, started off 2022 helping out his temporary neighbors with a hot breakfast. https://t.co/n7yWuBZtAL

Listen up, graduating seniors and college students, now is the time to apply for the #Scholarships for #Military Children program. The deadline to submit is Feb. 17 at 11:59 ET. @YourCommissary