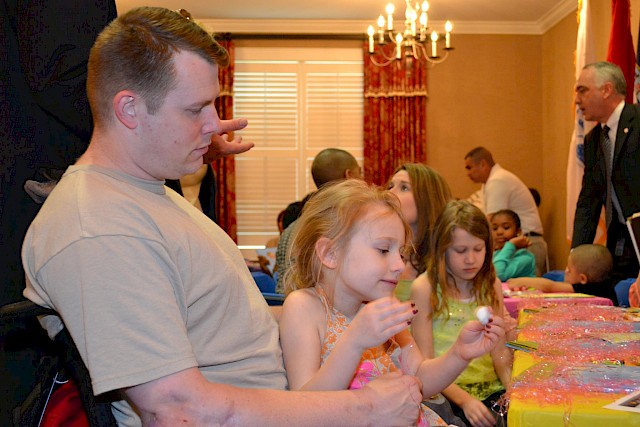 “He wanted to make sure he was a good role model for them,” Jessica said. “He wanted to show them, ‘Yeah, I got knocked down, but watch me get up.’”

A decade after her husband was severely injured during his deployment to Afghanistan, Jessica Allen reflects on the decisions she says made her family more resilient.

“It’s crazy. Little progress adds up to a lot of progress,” Jessica said.

On January 22, 2011, Jessica’s husband, Chaz Allen, was on a dismounted patrol in the Zhari District of Kandahar Province when he stepped on a forty-pound bomb. Chaz instantly lost both of his legs and his right elbow. He was medically evacuated off the battlefield and eventually taken to Walter Reed Army Medical Center where Jessica met him.

“And we began our journey of healing.” 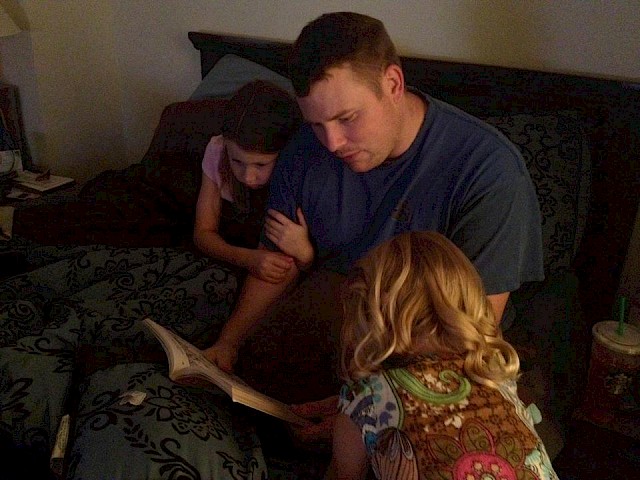 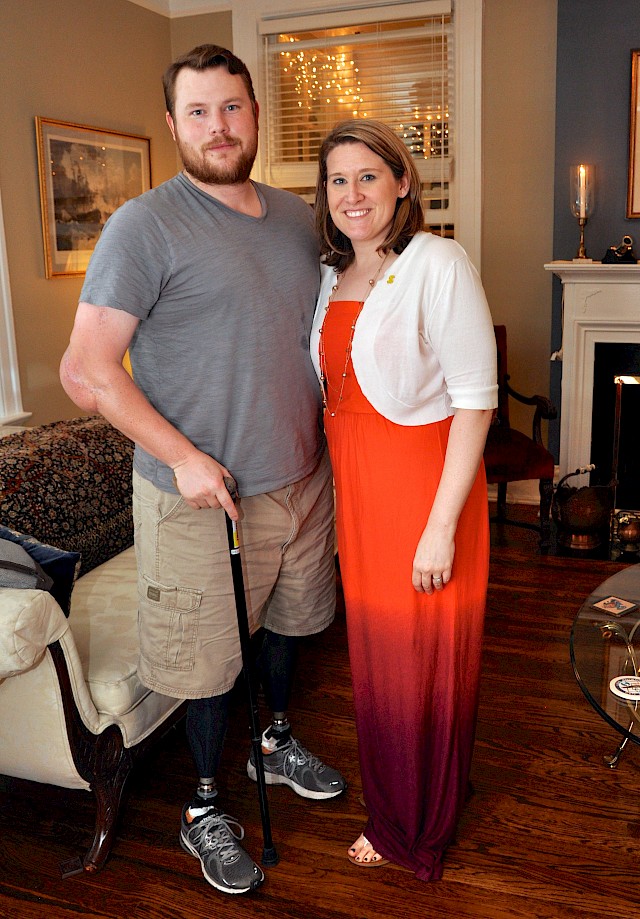 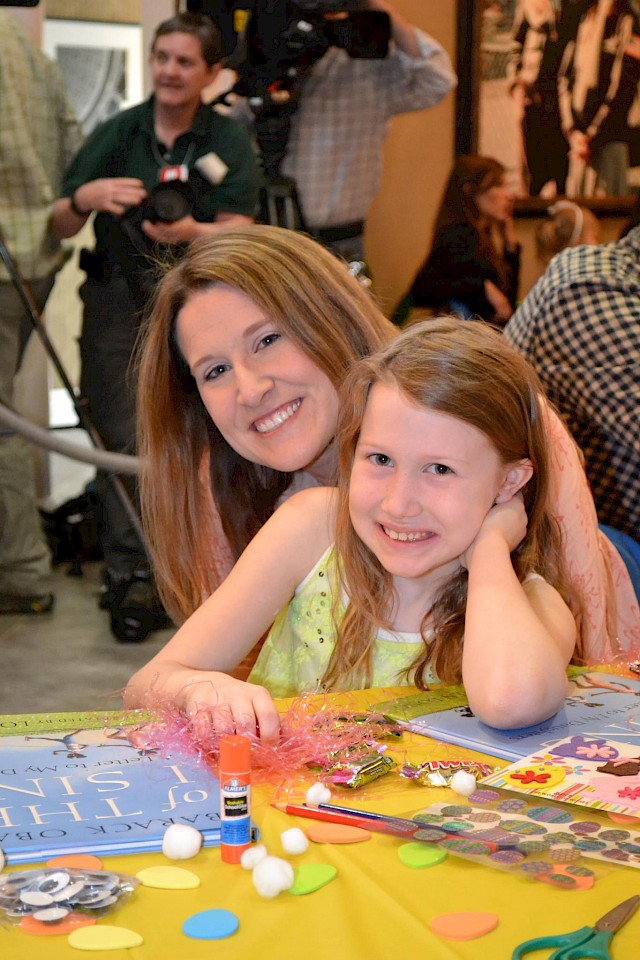 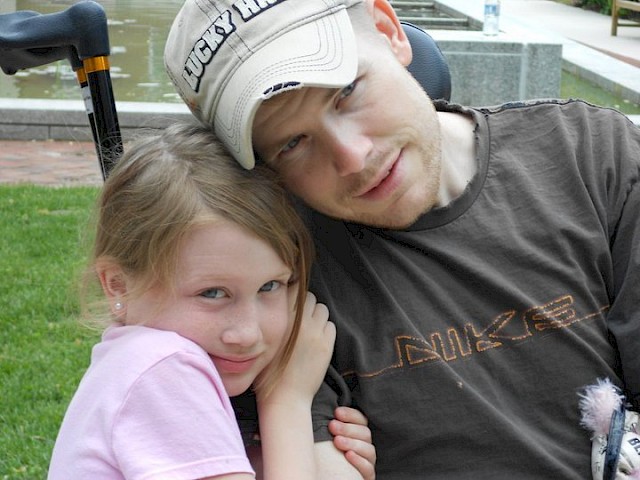 For nearly sixteen weeks and with the support of the Fisher House Hero Miles program, Jessica flew between their home in Tennessee to WRAMC in Washington D.C. She knew it was essential to support Chaz while their two daughters finished out the school year at home.

“We all know family is the best medicine,” Jessica said. “We know having the people there that love you helps you heal.”

When Jessica first arrived at WRAMC, there were no available rooms at Fisher House. She shuttled from a hotel to the hospital. She said the process was painful because the shuttles were unreliable. She was relieved once a room opened because she could walk to see her husband. After the school year wrapped up, the girls also made their way to the Fisher House.

“It was their temporary home, but they knew, and it just really kind of helped them with the resiliency, the transition,” Jessica said. 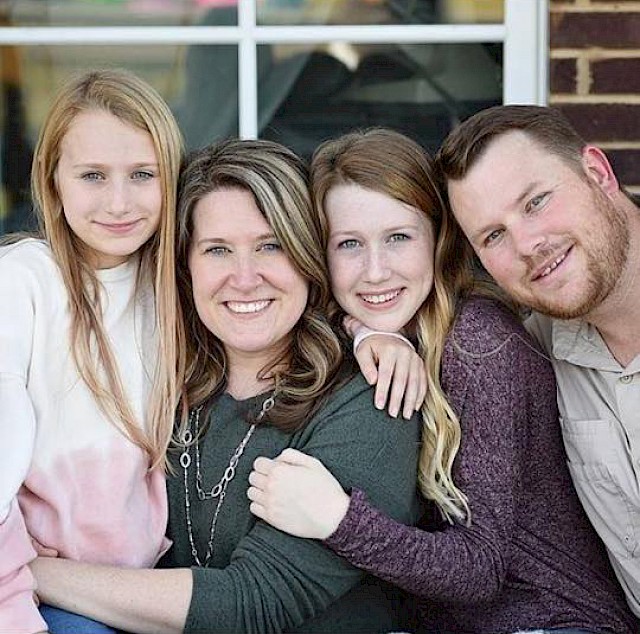 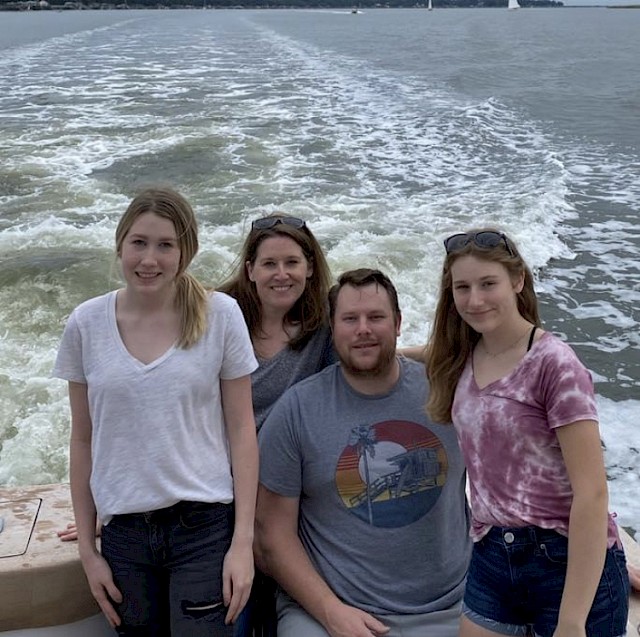 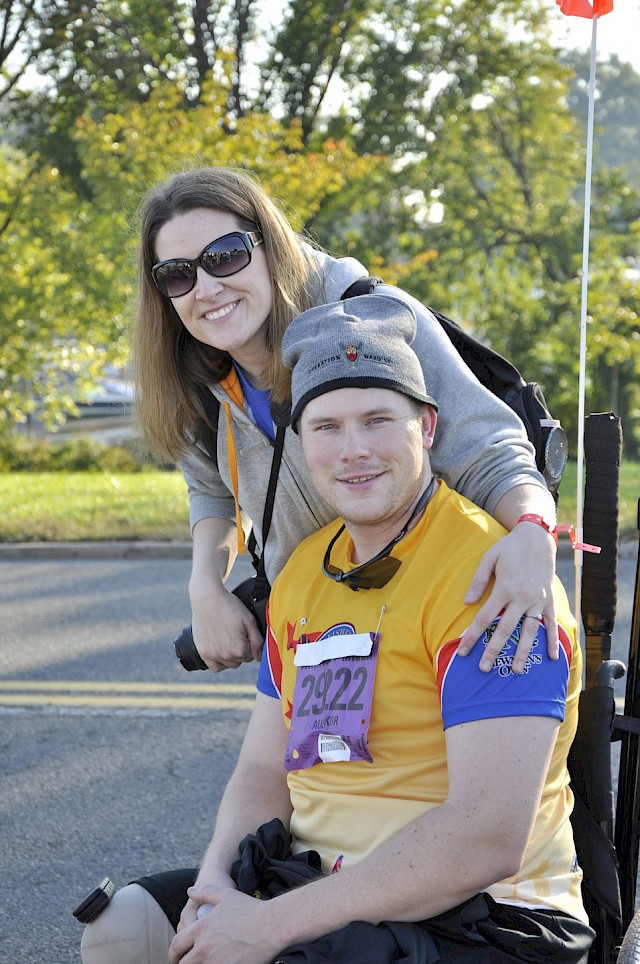 As Chaz started to heal, the Allens discussed ways they could reintroduce him to their children. Jessica says the last time the girls saw Chaz, he was 6-feet-tall and physically fit. By the time they would see their dad again, he would look emaciated, was missing both legs, and had a fused elbow. It took two months for the reunion to happen. That day Chaz tucked the peripherally inserted central catheter, or PICC line, underneath his shirt sleeve and, at least, tried to appear as if he was well.

“He wanted to make sure he was a good role model for them,” Jessica said. “He wanted to show them, ‘Yeah, I got knocked down, but watch me get up.’”

Jessica said as parents they wanted to show their kids the importance of a partnership. She adds, “When you're adulting, you find that partner where you're both giving a hundred percent, but some days you can only give 15% so your partner picks up the 85 and vice versa.”

There was a positive healing environment not just for Chaz, but for their two girls who were 5 and 8 years old at the time. One particular decision minimized the trauma—having the girls meet Chaz inside the Fisher House living room instead of the hospital. The idea came from a social worker.

“It was very therapeutic because most people see their loved one inside of a cold hospital room for the first time,” Jessica said.

A child psychologist and social worker attended the Fisher House reunion. The reunion at the Fisher House instead of the hospital room helped the girls understand their family’s new normal. It helped them with transitional aspects of their father's health.

“Hospital rooms are temporary. The home is permanent.”

Their oldest daughter thought the psychologist was a family friend from the hospital. Jessica said the reunion went so well that the girls gave their dad a hug and said, "Good to see you dad… there's a playground outside.” She said the decision to involve their kids from the beginning made the transition easier than families who chose not to involve their kids.

“We all know family is the best medicine. You cannot heal them with just drugs and medical staff. You have got to have that support.”

Ten years later, Chaz is still working on his mobility. He has a dog who needs him as much as he needs it. He walks twice a week at physical therapy and tries to walk at home. He also uses a track chair on their 10-acre home in the country. Their oldest daughter, who is now 19 years old, is a college sophomore cheerleader majoring in biology. She also works in the college Veterans Affairs office. Their youngest daughter, now 16 years old, is a junior at a local private school. She plays both volleyball and basketball.

“Considering everything, knock on wood, we’ve not had any really big health battles or health scares, and hopefully we can stay that way for a while.” 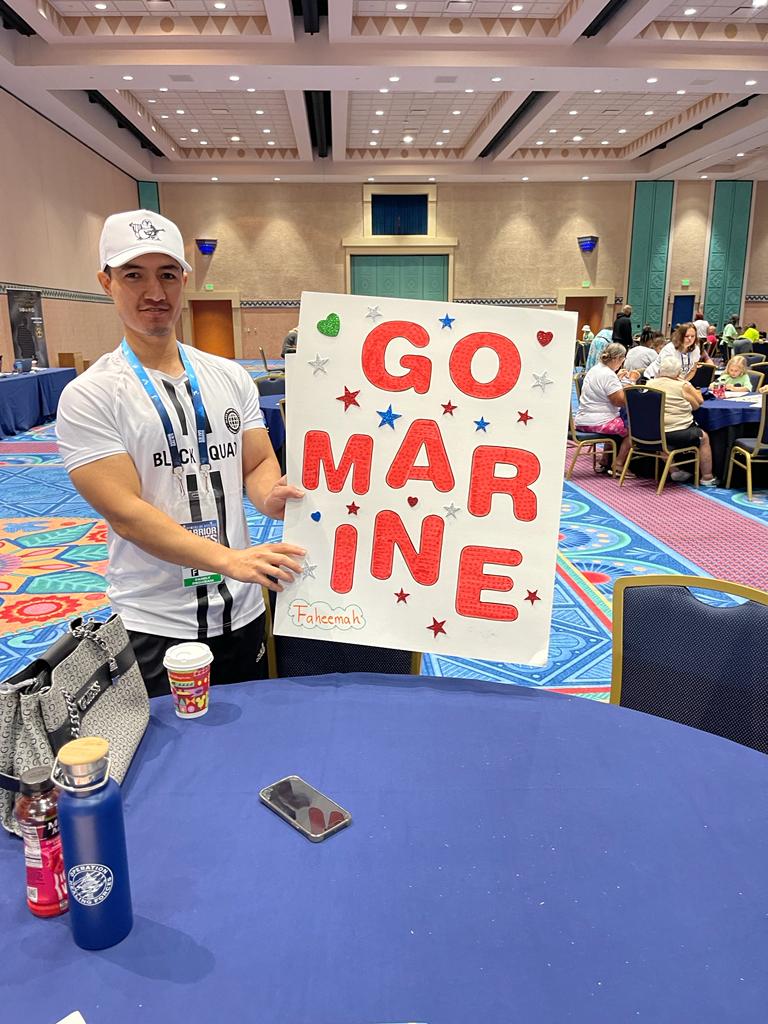 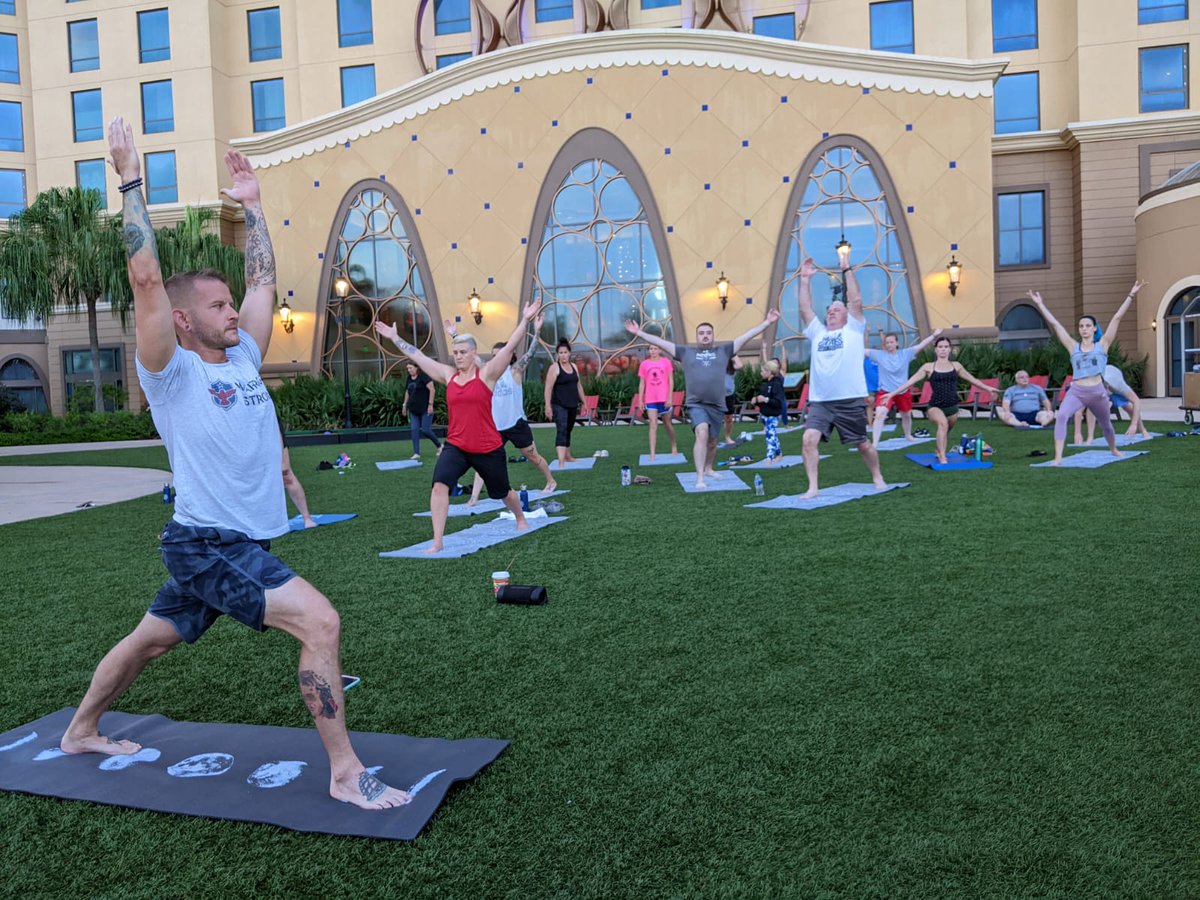 Warriors and their families had an incredible night at Walt Disney World thanks to Amazon Web Services! It was a truly amazing start to what will be an inspiring Warrior Games week!

Team Air Force Wounded Warrior is full of team spirit for the 2022 Warrior Games! We are so excited to be here to welcome #WarriorAthletes' friends and family members! #FisherHouse 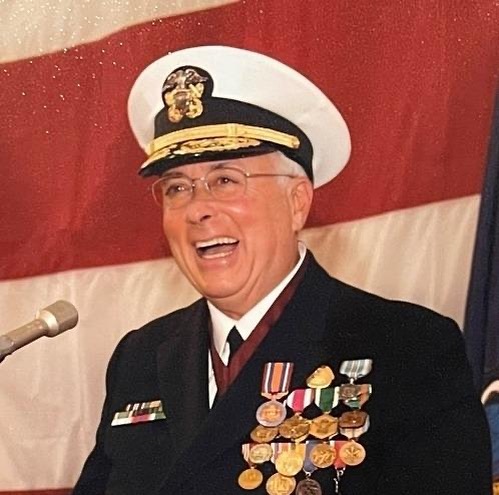 Fisher House Foundation is saddened by the news that Rear Admiral Robert Rosen passed away in late July. He significantly impacted the Foundation, overseeing the construction of many of the early Fisher Houses. Our hearts are with his family. https://t.co/s8UOsuQmFr

Fisher House Foundation is saddened by the news that Rear Admiral Robert Rosen passed away in late July. He significantly impacted the Foundation, overseeing the construction of many of the early Fisher Houses. Our hearts are with his family. 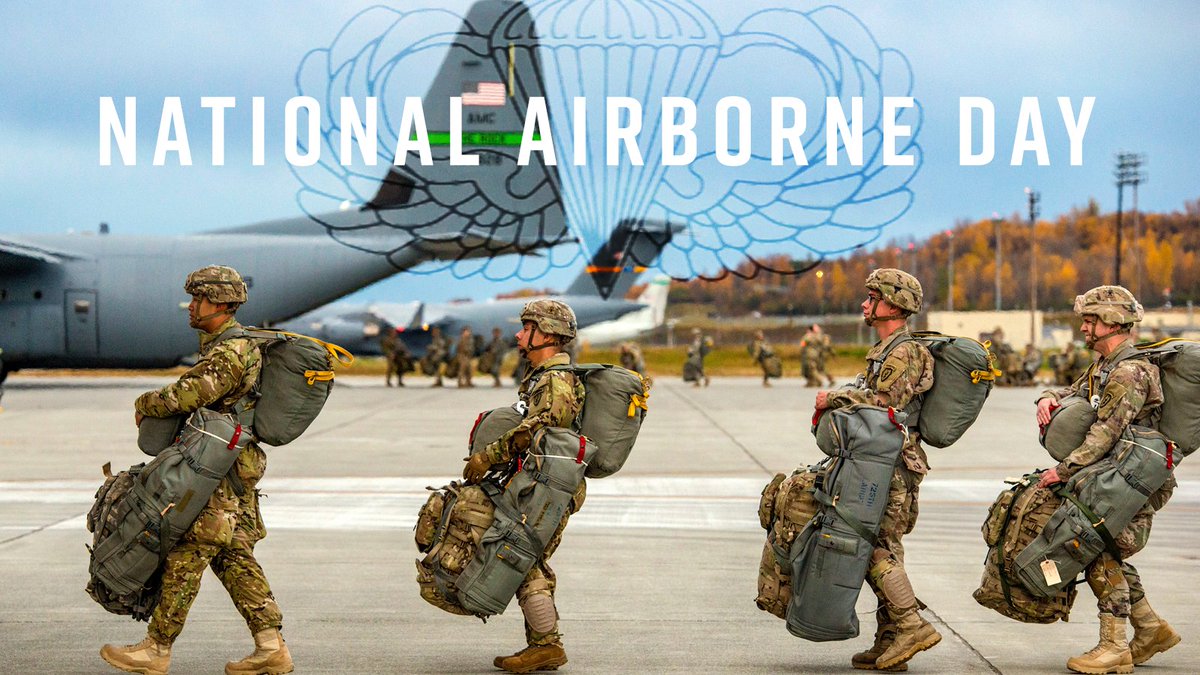 In just 5 days, the 2022 Warrior Games will commence, hosted by U.S. Army. We here at Fisher House are ready to stand by the side of family and friends to cheer on these dedicated adaptive sports athletes. #FisherHouse #WarriorGames

Let us know what sport you are most excited about seeing during 2022 @warriorgames!! 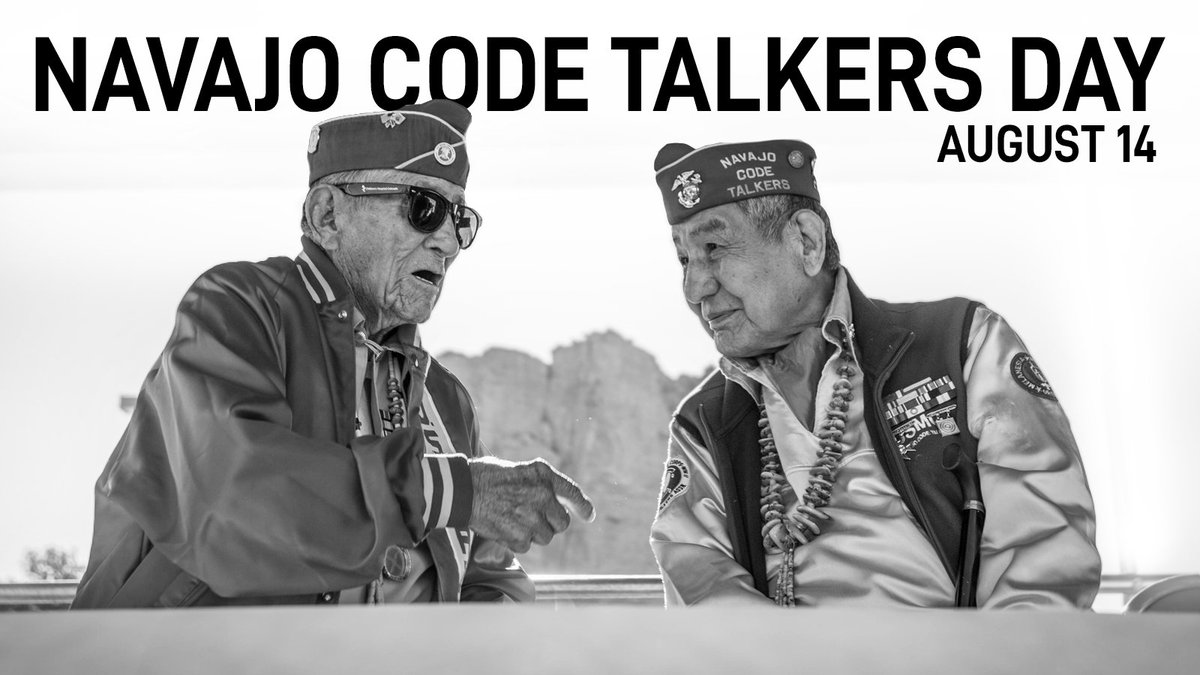 Today we celebrate #Navajocodetalkerday! Learn more about the Marines and the code that changed the war. https://t.co/cbTjXsDfnv 📸 @DeptofDefense https://t.co/iNPJHEHOrK